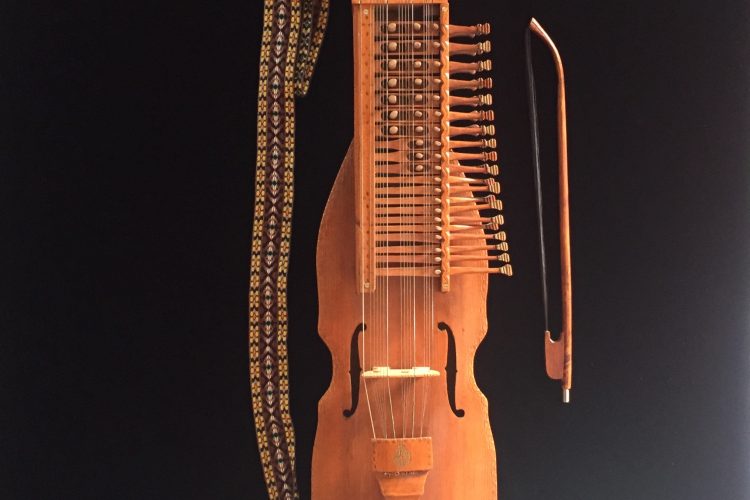 Eric Sahlström was an incredibly influential figure in Swedish folk music; a pioneer and reviver of tradition. At a time when a folk musician’s craft and music was hardly seen as full-fledged art, he managed to gain widespread popularity with the nyckelharpa and brought it into the public eye.
In 1951 the king of Sweden, Gustaf VI Adolf gave him the Society for Homebuilding’s Great Medal and in 1968 he was given the Music Academy’s Medal “For the Tone Art Promotion and Conservation”. In 1976 he was given the award for “high quality artistic activities and great importance for Swedish cultural life”. He was the first nyckelharpa player to win the award.
The instrument was only known to a handful of players in Uppland before Sahlström popularized it. No one today, denies that the future of the instrument was secured thanks to Sahlström’s efforts. He was an amazingly skilled player, ingenious builder as well as a major composer.
As a player and composer, he was unparalleled and, by his kindness, he paved the way for popular culture to accept this art form. Today, the nyckelharpa is taught at the Tobo Eric Sahström Institute, the Royal College of Music in Stockholm and played around the world.

Eric Sahlström built this fantastic instrument in 1979 along with the strap and bow. It was judged by a panel of experts at the 2017 Österbybruk Nyckelharpa builders competition and was found to be of very high quality.